Background:  Back in November Club Carlson was running a promotion where you could stay one night and get 1 night free.  I found a nice rate at the Radisson Lord Baltimore for $79 so i decided to take a weekend trip to Baltimore to take advantage of this offer.  Me and my travel partner each booked 1 night in Baltimore giving us 2 free nights to use later (this offer was limited to 1 night per account).  As soon as the free nights posted to our accounts, I decided to redeem my nights for a weekend in New York City at the Radisson Martinique on Broadway.  I was able to find pretty good award availability in May because i was booking for 5 months in advance, but when i looked later most of the weekends had no availability.

Upon check in I was informed that I was upgraded to a junior suite.  This was quite the surprise as I only have silver status with club Carlson and the hotel seemed pretty full.  The room was located on the 17th floor which is the executive floor.  The room had a desk, fold out couch, sitting area, TV and mini bar in the first room.  The bedroom was separated by the other room by folding double doors.  The bed was a queen size sleep number mattress.  There was another TV in the bedroom.  The bathroom was attached to the other side of the bedroom.  The room was very large especially by NYC standards and could have easily accommodated extra people on the fold out sofa.  The decor was a little outdated (especially the sofa fabric and bathroom) but then again I cant really complain considering the price (free).

The second night we had to move rooms as the junior suite was not available.  Again to my surprise we were upgraded to an executive room on the 18th floor.  This room was a bit smaller and was a single room.  There was still a sofa bed, sitting area and desk, but they were all in the same room as the bed, and not separated.  The bed in this room was a king.  The bathroom was a touch smaller.

The location of the hotel was very good; at the corner of Broadway and 32nd st.  There is easy access to the subway and there are plenty of restaurants near by.  32nd street has a ton of Korean restaurants and we ended up eating at one called Kun Jip.

The only issues I had with the hotel were the slow, small and crowded elevators; i guess that's the price you pay for being on the top floor.  Additionally, as mentioned before, i thought the decor was a little worn.   All in all this was a great stay, although I certainly would not have paid the $430/night price tag for the executive room or the $470/night for the suite. 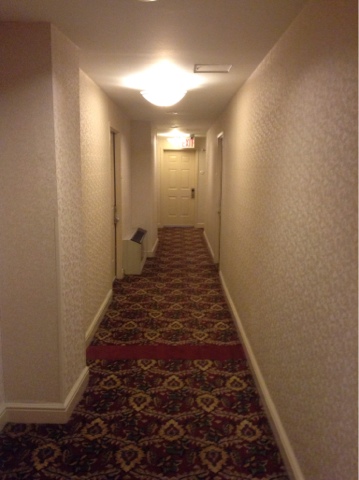 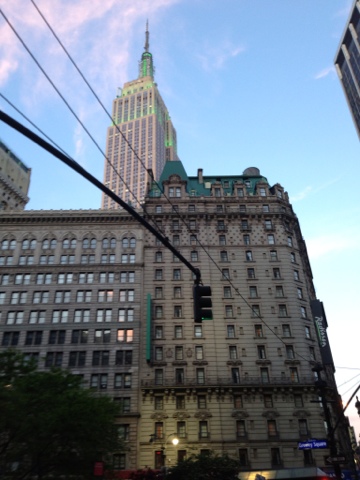 Posted by Passport Physician at 3:00 PM