A few weeks ago i had the chance to spend a night at the Grand Hyatt in New York City.  I got a pretty good rate of $120 (including all tax) using travelpony.com.  Check out my post on using travelpony here.

Location: The hotel is located right next to Grand Central Station at the corner of 42nd st and Lexington Ave.  It is in great location to catch the subway and there are a good number of restaurants within walking distance.  I probably enjoy walking more than most people but we walked from here to central park and the Met.  The only slight downside to the location is that if you are arriving at Penn Station as I did, there is really no direct public transportation link.  The only options are walking or taxi.  I chose to walk; its only about 10 blocks

Hotel:  The lobby and public spaces are very nice and spacious.  The decor is quite interesting with 2 giant head sculptures and a waterfall in the lobby.  Check in was quick and easy.  As a Hyatt Platinum Member I had access to the elite check in area which had no line compared to the 7 or so people waiting in the general line.  I was offered a bottle of water on check in.  One major issue I had with the hotel was at checkout.  We wanted to leave our luggage and were charged 3$ a bag.  I had asked about Club access on check in but was denied, oh well.

Room: I really liked the design of the room.  It was clear that it was recently renovated.  I especially liked the hardwood floors and the lighting behind the bed.  I think we were upgraded to a deluxe room, but I'm not 100% certain.  The room had a very large walk in closet which was about as large as the entire bathroom.  Another interesting feature of the rooms were the light switches.  They were all touch activated and you could turn all the lights off/on from the switch beside the bed.

Overall Impression:  I thought this was a very nice hotel, and I thoroughly enjoyed my stay.  The only real issue I had was being charged to leave my luggage.  Maybe its just me, but i believe that if you are a paying guest you should be allowed to leave your baggage for free. 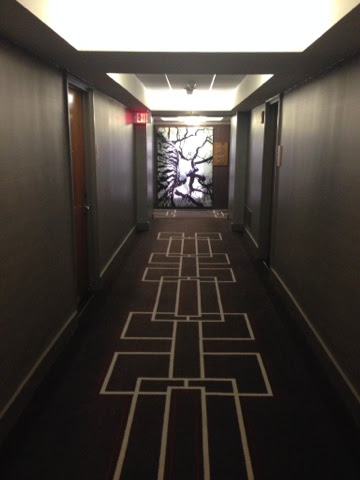 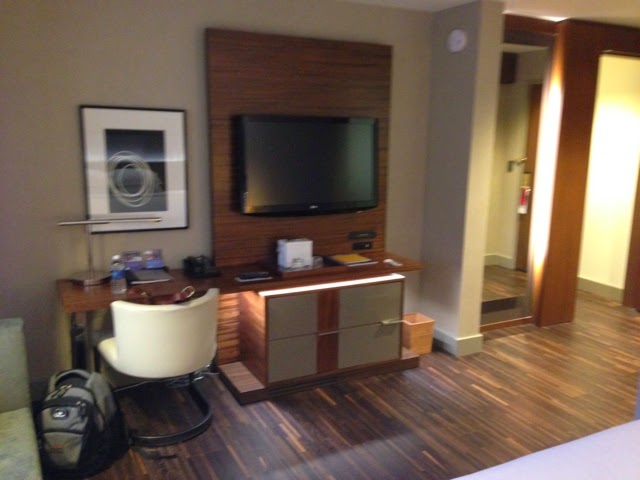 SPG's new list of discounted hotels is out this week.  The full list can be seen here

Some of my personal favorites:

Hotel Bristol, a Luxury Collection Hotel, Warsaw: $90 (at 2 people per room, almost as cheap as a hostel)

Posted by Passport Physician at 8:49 PM No comments:

Every few months, IHG (formerly priority club) publishes a list of hotels around the world which can be booked for only 5,000 points per night.

The full list of hotels can be found here
Posted by Passport Physician at 2:19 PM No comments:

Cheap flights of the day

I spend a good amount of time browsing the Internet for flight deals.  I generally don't have a specific destination in mind nor do I have a specific time frame; I just like to see what is out there.  I figured I would add a new feature to my blog that lists any flight deals which catch my eye on any given day.

All flights listed as round trip with all taxes included in the price.  Fares are available and bookable as of time of posting, although dates and availability may vary.  In other words, these are the flights I'd consider booking if I didn't have a full time job

Cheap flights of the day:

Posted by Passport Physician at 9:21 PM No comments:

SPG has announced their annual hotel category changes.  The changes are effective today.  You can check out the full list here.  Overall there were more hotels moving down a category than up.
Posted by Passport Physician at 9:13 PM No comments:

Email ThisBlogThis!Share to TwitterShare to FacebookShare to Pinterest
Labels: Hotels

Choice Hotels is offering 8,000 points after 2 stays.  There are several hotels which can be had for 8000 points or less per night.  The definition of a "stay" depends on the type of hotel you are staying at.  For Econo Lodge, Rodeway Inn, Suburan Extended Stay and MainStay Suites a "stay" is 2 nights, for all other brands a stay is 1 night.  This could be a very good promotion if you have some upcoming stays planned as domestic choice hotels are generally very budget friendly.  With your 8000 points you can be well on your way to staying at a hotel like this.  Choice's European options (especially Clarion Collection) are very nice.

Details of the promotion can be found here: http://www.choicehotels.com/earnafreenight

Here is a list of Choice Hotels which can be redeemed for 8,000points or less per night

Posted by Passport Physician at 4:50 AM No comments:

Rick Steves' Europe Through the Back Door on Sale

Amazon.com currently has the Kindle version of Rick Steves' guidebook Europe Through the Back Door on sale for $1.99, a savings of over 92% off.  This is a great resource for anyone who likes to get off the beaten path when traveling around Europe.  I am a huge fan of Rick Steves and his travel shows on PBS were one of the reasons I first became interested in traveling.

You can buy it here: amazon.com link

Posted by Passport Physician at 3:15 AM No comments: